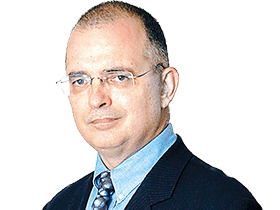 LAST Friday Paul de Jersey was clearly gambling that his standing within the legal profession would put an end to the revolt against his replacement as Chief Justice of Queensland. He was wrong.
In parts of the legal profession the antipathy towards incoming chief justice Tim Carmody has ­become even more forthright in the days since de Jersey’s call for peace.

The affair has divided judges and lawyers. Some passionately believe they are duty-bound to step up their campaign to dislodge Carmody because, in their view, he is unfit for office.

Those on the other side of this argument might not necessarily describe themselves as Carmody’s supporters, but they believe just as strongly that it is not up to judges and lawyers to overturn an appointment to the judiciary by the executive branch of government.

This is more than a spat between lawyers. Unless resolved, it means Queensland is fast approaching a turning point that could have adverse consequences for state institutions and, possibly, the separation of powers.

Carmody is due to take office on July 8 and if the campaign to unseat him continues while he is on the bench, there is a clear risk that this insurgency will damage the standing and effectiveness of the Supreme Court.

The affair began on June 13 with an extraordinary statement from Queensland Bar Association president Peter Davis QC — who later resigned his post in protest — denouncing the method of the Carmody appointment.

The opposition deepened when John Muir, a sitting judge of the Queensland Court of Appeal, took the remarkable step of adding his voice to the howls of protest, questioning Carmody’s intellect and legal skill.

Muir called for Carmody to withdraw after posing a series of rhetorical questions about the incoming chief justice’s abilities in a speech to the North Queensland Bar Association.

“Might not an accused in a criminal trial, a party to a civil litigation or a party to an appeal before his honour expect and appreciate the application of intellectual rigour?

“Should not a chief justice’s colleagues be able to seek his or her informed opinions on a range of complex issues?”

Muir warned that the affair “has the potential to adversely ­affect the working of the Supreme Court, weaken public confidence in the administration of justice and impact adversely on the will­ingness of parties, who have the freedom of choice in the matter, to litigate in Queensland state courts”.

In a statement on Monday, the council said: “Many people now have questioned the government’s decision and some have publicly invited Judge Carmody to refuse the high office for which the government has selected him. The Bar Association also respectfully asks that he reconsider whether to take up the position of Chief Justice.”

De Jersey, who is moving up to become governor, is acutely aware of the institutional risk.

His statement calling for peace did not name Carmody. Instead, it said that once the appointment of the next chief justice had been ­formalised by the governor-in-council, “it became incumbent on all of us who are involved in the legal process to support its current ­expression”.

“The stability of the legal system is integral to our democratic system and must be maintained,” de Jersey wrote.

The ostensible reason that Carmody has aroused such passions is because many judges and lawyers believe he is too close to the state government and is unqualified for the judiciary’s top job. Those criticisms, however, need to be seen in context.

In January, when relations between the judiciary and the state government were at a low ebb, Carmody infuriated many judges and lawyers who had been resisting a legislative crackdown on bikies as well as changes to bail laws.

He delivered a speech warning judges not to undermine legitimate legislation with extraneous considerations such as their personal opinions or ideological, political or religious bias.

In another state, or at another time, this would have been viewed as an orthodox statement of the responsibilities of the judiciary under the separation of powers. But in the febrile environment of Queensland politics, it meant Carmody was viewed by some as the government’s man.

And the government of Queensland, in the view of many of the state’s lawyers and judges, is engaged in a law-and-order project that undermines what they see as traditional rights and freedoms.

Carmody’s critics also believe he is unfit for the top job because his former position as chief magistrate — and before that a judge of the Family Court — meant he occupied a lower rung in the judicial hierarchy than the Supreme Court judges he will soon lead.

While it is unusual for a chief magistrate to be elevated to chief justice, legal academic Geoffrey Lindell says it is not unprecedented. Guy Green, who was chief justice of Tasmania for 22 years from 1973, had been a magistrate before his appointment.

Lindell, who is adjunct professor of law at the University of Adelaide and a professorial fellow at the University of Melbourne, says the affair has got out of hand and there are now three possible ways in which it could end. He considers none of them to be terribly satisfactory: a resignation by Carmody, continuing attacks by his enemies, or mediation.

Lindell says he does not know Carmody and does not want to take any position on whether he should resign. But he says de Jersey had a point about the legal system’s need for respect and stability, and he believes it might be useful to bring in a high-powered mediator.

If Carmody chooses not to take up his appointment, Lindell says the clamour by his critics will die down, but he believes such an outcome would have very serious ­implications.

“Some would feel that might concede to the bar and significant sections of the judiciary a kind of authority over judicial appointments which they do not possess,” he says.

“Historically it has been in the hands of the executive. Historically there have been calls to change the appointment system and increase consultation.

“But if we concede to the critics the power to prevent this man from taking up office, that has very, very bad implications. You would be looking at a kind of incestuous situation where only people who meet with approval of the existing profession and judges would get to be appointed.”

If such a system had been in place in the past, Lindell believes it would have been difficult for governments to change the make-up of courts to make them more progressive, or to increase the number of women judges.

“Regardless of whether that is a good thing or a bad thing, if we concede to the existing group the power to block appointments simply because they do not like them, then you are stopping change of one kind or another.”

Patrick Keyzer, the head of La Trobe University’s law school, says Carmody is a senior and experienced jurist and he considers him “appointable”. “I am not sure there is much purpose to be served in continuing to vent about his appointment,” says Keyzer, who was formerly based at Queensland’s Bond University, where he was director of the Centre for Law, Governance and Public Policy.

Although he accepts judicial appointments are a matter for the executive branch of government, he also believes the affair shows there are legitimate concerns about the way the consultations for this particular appointment were conducted.

He believes state Attorney-General Jarrod Bleijie “has form” on breaching confidences and “may need to be counselled about his approach”.

With July 8 fast approaching, Carmody’s critics are becoming bolder. This week, the Australian Bar Association shifted from its careful position of criticising breaches of confidentiality in the consultation process rather than Carmody ­himself.

On June 14, after weekend talks with all state bar associations, ABA president Mark Livesey QC had said: “There is no question that the executive has the right to select judicial officers.” On Tuesday, Livesey wrote to this newspaper noting “the widespread lack of professional and institutional support for the appointment, and the perceived public and close relationship between the chief magistrate and the government”. The saga raised “serious concerns for the independence of, and respect for, the Queensland judiciary”, Livesey said.

“But you do get to a point where you have to consider whether articulation of criticism is starting to do more harm to the institution than it is doing good.”

“Queensland has a very, very impressive history. Think back to who was chief justice at the time of federation — it was Sam Griffith, pre-eminent founding father and first chief justice of the High Court. Those are big shoes.”

Craven says the key point is whether the standing of the Supreme Court will suffer more damage as a result of Carmody’s appointment, or from a continuing campaign to undermine him.

However, he warns that if Carmody takes his seat on the court and the criticism continues, “he will have one hell of a life”.

In these circumstances, Carmody’s responsibilities to the institution would require him to consider whether he would be able to operate as head of the Supreme Court.

“If he were to throw in the towel, it would mean the executive government was having its choice rejected and you would have to be very confident in forcing that because of the constitutional proprieties,” Craven says.

22/06/2010 Statement of Concern II calls on Premier Bligh for inquiry into Heiner Affair.

Crime in the Community

News and updates from the Commission of Inquiry can be found in this News Section of The Heiner Affair.info website.